[box type=”tick”]An anonymously submitted post from a reader who wanted to share his thoughts on mid-life mayhem and offer a resource for avoiding the slump.

I am sitting by the pool at a resort in Baltimore, except that it’s not actually a resort, but a life-enhancement center where folks come to relax and “find themselves again”. But something is intriguing about this place – no women; only middle-aged men – really stressed out and faced with huge identity issues.

There is 47-year old Billy, who just got divorced. He tells me that in the course of the two weeks, he has slept with ten women. “I never saw myself as that kind of a man,” says Billy, “I’m now so lonely, and I don’t even know what to do with the rest of my life.” There’s Larry, 52; he says he has never gotten married; he’s running out of things to do with his life and now wants to purchase a Harley-Davidson chopper and head down Route 101. “Is there anything wrong with that?” he questions. “I’ve always wanted to own one of those.”

Scientists say that middle-aged men are the generation that has been sandwiched between two major age groups – the youthful and the aged. According to some recent studies, men aged 42-54 have the highest rates of suicide, which is almost five times that of women of the same age. The worst thing is, this situation is not getting any better; it’s only getting worse.

Nowadays, men in their mid-years are jammed between their traditional-style strong, silent, and strict fathers who worked hard to provide for their families, and their sons’ “be-yourself”, quite-interesting culture. They are therefore, confused as to which of the two ways of life they should follow.

The pressure of living up to what is described as the male gold standard, often characterized by control, power and invincibility causes personal chaos like losing a job to become a massive crisis. The very thought of suffering a defeat as a middle-aged man is overwhelming.

The outcome? Mid-life mayhem. Time and again, we concentrate on teenage boys and their troubles like fitting in, or women and their position in the society; rarely do we give a thought to middle-aged men and their wishes to purchase a Harley-Davidson – I mean their; well, our mid-life problems.

As my friend Joseph, a psychiatrist, puts it, “Whereas women tread forward and get their lives together, men tend to remain the same; they hate change.” We then become emotionally weak and turn to women to support us. In the end, some of us get lonely and lost. They drift toward a doubtful future at an age where everything should be settled.

Not all middle-aged men are like this, though there seems to be a prevalence of men over 45 years-old who feel like they’re on the scrap-heap. A few days ago, I was at my friend’s 48th birthday party. We had a lot of fun, but the majority of the men I spoke with were not very happy with their lives. One of these men – never married, zero kids – had been unemployed for the past three years or at least had not found any decent job. He was volunteering as a caretaker. For a 50-year-old man, this was quite a weird situation to be in – no family, no money; not even a place to call home.

I asked how he felt about the situation. He looked at me sorrowfully and replied, “Are you kidding me?” “Feels great to have nothing at my age.” Apparently, he had never been happy. He explained that he found it difficult to commit, and thus every girlfriend came and went. Moreover, he had hopped from one job to another, as he never really found his passion. At one time, he had worked for an insurance company, but the place lacked life, and so he left. He went to work for a cable company, but then got bored and left that job too. This became a norm, shifting from one trade to the other with no purpose, and sooner than he had perceived it, he was 50. 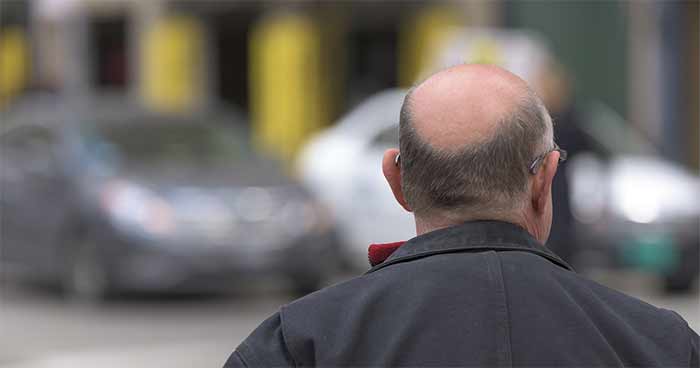 What do all of these men (myself included) have in common? We’re all running the risk of a serious midlife crisis (I prefer the term mid-life mayhem – sounds more adventurous). And with crisis comes the serious potential for suicide. We tend to think of suicide as the bastion for moody teenagers but that’s just not the case. A recent study in the UK concluded that the group most likely to commit suicide is men aged 45-59. In the same article are also five tips for avoiding a mid-life crisis, which is ultimately what made me want to write and share this article.

Please check it out guys;