While depression is a common illness that affects both genders, recent research has found middle-aged men to be the most affected.

Surprisingly, the telltale signs of this illness often tend to be overlooked, especially among the male population. And since women generally report cases of being depressed, their diagnosis and treatment are often easier than for middle-aged men.

Experiencing depression and keeping quiet about it can only distract you from living a normal, healthy life. It may lead to a breakup of your marriage, loss of job, excessive drinking or use of drugs and thoughts of suicide as well. To avoid all these negative effects, you need to watch out for the signs and symptoms of depression. 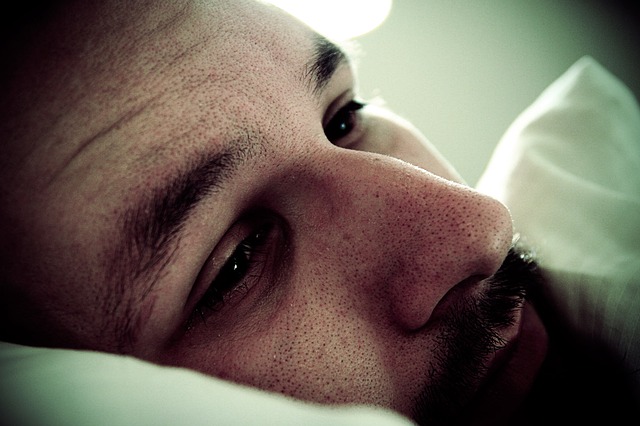 Here are 5 common symptoms of depression:

Depression can be caused by a host of many things including marital/relationship problems, death of a loved one, constant money problems, prolonged work stress or long-term isolation. If you are experiencing any of these symptoms then you are most likely to suffer from irritability and uncontrolled anger. That’s because anger and outbursts are mostly ways of scorning vulnerability to depression. So if you become angry and start throwing things or yelling at other people even on trivial matters, that might be a sign that you’re depressed.

Overindulging in any of these activities when feeling low or empty can possibly lead to increased depression levels. Hence you should seek professional help at the first instance you discover overdependence on these activities.

3. Increased Dependence on Alcohol and Other Substances

When suffering from prolonged low mood, you are more likely to turn to alcohol as a form of self-medication. A little booze may trigger pleasure and alter your mood but won’t work well, especially when you’re trying to blunt your despondent feelings. Once you get used to boosting your mood using a couple of beers, it’ll soon become a dangerous habit that will be hard to quit.

So if you realize you’re taking alcohol or using other substances more than you usually do, that could be a clear sign you’re suffering from depression.

When depression takes a toll on you, you are most likely to be silent, bad-tempered and socially aloof. Even in the company of people, you’ll appear to be in low mood and might portray irritable emotions.

Everyone usually has bad days but the sadness that comes with depression is usually severe. That’s mostly because it combines or comes with a set of other crippling symptoms like fatigue, irritability, physical pain, loss of appetite and more.

Uh Oh! A decreased sex drive is usually among the earliest symptoms you can experience when depressed. That can be attributed to limbic impairment and/or blunted dopamine sensitivity.

Depression is also linked to decreased testosterone production, something that could explain the low sex drive. In the event you feel you don’t want to get intimate with your partner because you’re feeling low, it might be time to seek professional counseling.

If you’re experiencing any of these symptoms, you might be suffering from depression. But it’s not a big deal and it’s reversible with some effort and assistance.

Most pressing for you is to honestly look at your mood and behaviors and honestly face the idea that you might be suffering from depression because what can’t be seen, can’t be fixed.

I know, you’re a tough guy. Me too. But this is one thing that’s pretty damn hard to white knuckle through. Just man up and go talk to somebody.

Now, look, I know that’s a bold statement and I damn sure don’t expect to ever snap to the point I’m going to commit mass murder. Nor do I expect you will either.

But the hard reality here is that the conditions in western society have never been more ripe for creating lonely, sad and ashamed middle-aged men.

In a brand new post by Charlie Hoehn (who is much smarter than me), he makes that case exceptionally well.

It’s tempting to say the mass shooters motive was simply “pure evil,” or to blame the media or guns, but that absolves us of looking deeply at what each of us — as individuals, family members, friends, and community members — might be missing.

1- Men in the United States are chronically lonely.

Boys in the United States — just like all human beings — need touch, caring, warmth, empathy, and close relationships. But as we grow up, most of us lose those essential components of our humanity.

What’s worse: we have no idea how to ask for those things, or admit we need them, because we’re afraid it will make us look weak.

2- Men in the United States are deprived of play opportunities.

Homo sapiens play more than any other species. It’s impossible to prevent a human from playing. We play shortly after we are born, and the healthiest (and least stressed) humans tend to play for their entire lives.

There is a strong correlation with play deprivation and mental illness.

When you deprive mammals of play, it leads to chronic depression. When you deprive a human child of play, their mental and emotional health deteriorate. Play suppression has enormous health consequences.

James Gilligan, a young psychiatrist at Harvard, interviewed murderous inmates at a Massachusetts mental hospital in the 70’s. His findings concluded that:

[quote]
“They would all say that they themselves had died before they started killing other people… They felt dead inside. They had no capacity for feelings. No emotional feelings. Or even physical feelings.

Universal among the violent criminals was the fact that they were keeping a secret. A central secret. And that secret was that they felt ashamed— deeply ashamed, chronically ashamed, acutely ashamed.

I have yet to see a serious act of violence that was not provoked by the experience of feeling shamed or humiliated, disrespected and ridiculed.”
[/quote]

Whatever the case, these factors about mass shooters are often true:

Is all of this enough to turn you or me into mass murderers if the conditions are extreme enough?

Most likely not, though. You and I may not be close enough to the edge to snap and take a bunch of innocents out along the way.

But that doesn’t mean we’re not suffering the same kind of pressures.

The takeaway here is that many of us MAMs are suffering, lonely, isolated and ashamed. If we want to change that situation, we need to reach out to others in a genuine and meaningful way, make connections and play. This site is supposed to be kind of fun and silly. But this is serious as a heart attack. If you’re a middle-aged guy, your biggest risk isn’t heart disease or diabetes, it’s being lonely.

In this article in the Boston Globe, Billy Baker tells it like it is. And it’s bad. If you live alone or are socially isolated, you’re roughly 30% more likely to die. That’s truth.

I certainly know this to be true. I live alone half-time and the other half I have my two sons. When you identify as a father and half of your life doesn’t include that element, it can be disconcerting.

And admitting it can be challenging. No one seems to like a whiny grown-ass-man, at least that’s what we Middle-Aged Men think. Fact is, there are a great many people out there who care for each of us, and many more who could be brought into the fold.

It’s up to us lonely bastards to get out there and make it happen.